According to A.T. Kearney’s 2019 Global Retail Development Index (GRDI), China’s retail sector is at present valued at $3.8 trillion. The wow factor is that it experienced a 12% growth from 2017 to 2018. A. T. Kearney is a bi-annual analysis of the global retailing setting globally. This deviance is not an overnight thing. China used to have a suffocated market before it planned to reform it back in the 1970s. These reforms also included supersizing. This supersizing has done wonders in China and today, this growth is expected to reach $6.6 trillion by 2024.

How has the retail sector expanded in Pakistan?

The retail sector in Pakistan has expanded tremendously in the last 15 years. When dolmen mall Karachi was first opened in 2000, people disapproved of this idea because they were not sure how this all-in-one space is going to work for multiple brands at the same time but it worked out and it did a great job. Afterward, a number of investors jumped in and now only Lahore has more than 5 big malls and Karachi has got the biggest mall in Pakistan that is the LuckyOne mall. This sheds light on the immensity of this concept and how getting all the brands under one umbrella can lead to retail supersizing.

As per the findings of a research paper titled ‘Retail evolution: positioning for modern trade growth’, retail supersizing occurs as a result of one of the following reasons:

As a matter of fact, every brand is Pakistan from clothing to food has expanded over the years. Be it Khaadi, Sapphire or McDonalds, exponential growth can be seen. While in the case of the retail sector, they are no restricted to kiryana stores only. There are almost 14,000 retail companies in Pakistan with around 900 MNCs working around the country. The number of departmental stores has increased as well and that too in an exponential manner.

In the case of the retail industry, it actually boomed with the entrance of Metro, Carrefour, Makro etc. even though they enjoyed great repute which led to their success in the country, the local retail markets also expanded and Imtiaz store is one of the leading examples in this regard. It is great in size and possesses an unmatched influence on its customers. Departmental stores have accomplished supersizing because of better distribution channels and relationships with the companies.

Even though kiryana stores are also expanding with 2.2 million outlets nationwide but there are a number of issues that they face in terms of supply, distribution channels, late trade promos, and the list go on. It is a major concern because kiryana trade is considered the backbone of Pakistan’s grocery retail trade.

Role of distribution channels in retail supersizing in Pakistan:

There exists a huge communication gap between the kiryana store owner and retail companies. All they have is a company representative that visits them once in a blue moon and that too is a formality. The owners of small retail ships like kiryana stores, paan shops and mobile shops feel that they have major issues related to distribution channels.

Therefore, companies considering their importance need to introduce a distribution model that caters to every need of the retailer. Orders given must be delivered on time and there must be a proper mechanism for expired stock. There are issues related to transparency of trade margins and trade promos as well. If companies have to expand, they need to address the issues of the local retailers. This plays a significant role in brand identity. Not being able to deliver products on time or having an incompetent distribution model or not adopting hybrid approaches could affect your brand identity.

More on Retail in Pakistan from PakRetailers.com 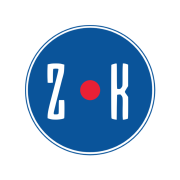 The Role of Mobile Shops in the Retail Industry of Pakistan

Identifying and Understanding Consumers in Retailing