The significance of marketing for general store can be understood from the fact that general stores play a key role in providing high exposure to business and extensive distribution of products. Like many countries, in Pakistan too, the retailers get opportunities to interact with customers.

The team of Pakretailers.com meets up with a young retailer Muhammad Irfan of Al-Qasim General Store who throws light on the problems faced by the retailer in Pakistan.

Muhammad Irfan is a young hardworking retailer, who has done ICS and running an Al-Qasim General Store at Nesheman-e-Iqbal Housing Society in Lahore, for the last three years. While responding to the question of fair trade margin, Irfan stated that he was well aware of the trade margin in the retail business as it is a very tricky venture. “The retail price is written on every product and necessary calculation helps us find the exact retail margin of each item.”

Like many other retailers, he is very disappointed with the unfairness done by the distributors in the retail industry. “What we are told and what we get is totally different. The products are bought on high margin and profits are earned by huge retail stores whereas what is offered to stores like ours is run on low margin and earns fewer profits,” said the owner. As far as the visits of the distributors are concerned, Irfan commented that usually, 10 to 15 distributors visit here in a month. Mostly, they are company supervisors of GSM, SM and others along with 30 to 40 order takers who come to see them on a daily basis.

Muhammad Irfan is of the view that the retailer’s contact with the distributor plays an important role in the success of the business as he gets in touch with them through phone calls or contact numbers mentioned on their bills. Irfan comes to know about new products and services by the customer or an order taker. He was friendly and courteous terms with his consumers, who are always eager to share their interesting feedback on new products. As far as the relevant information on seasonal trade promos is concerned, he said, “We become informed about trade promos after a week, once the rate list comes out. Similarly, media channels like a television play an important part in telling us about seasonal trade promos.”

Al-Qasim General Store is open to people from all strata of society. Irfan is keen to decorate his store from inside and outside, as he is a firm believer of ‘what you see is bought instantly. “The display is important for my work and beautiful interior attracts more customers.”

“I have heard about the training connected to product training sessions or trade conventions but we are small business owners and do not get invited to such meetings,” However, the company representatives come to his store to meet him, especially when there is a launch of the product and to make those retailers aware about items with whom they have great PR,” he emphasized carefully.

Understanding the scattered scenario of the retail scene in Pakistan, Muhammad stated that companies do not give us such facilities to attend any musical festival, mostly LMG stores avail such opportunities. His general store doesn’t offer any debit card or credit card machine facilities and he is unaware of QR Code Payment technicalities. Not shying away from the idea of expansion, the owner is looking for bank loans on easy terms to lead a successful business venture. Moving ahead with times, he has a smartphone and knows its importance in the modern world, “you cannot run a business without a smartphone in this age,” said Irfan. He also uses apps like Whatsapp, Facebook, Pepsi Tajir App, Careem and Uber on a regular basis.

In the end, he briefly highlighted the challenges faced by the retailer, “the first problem is not getting supplies on time, secondly not getting in touch with the order taker, then not receiving fair margin or acquiring the right product or service from the distributor. As a result, the rapport between customer and shopkeeper is destroyed and repute of the store is tarnished in the neighborhood.” He concluded by stating that companies and retailers should stay in contact with each other. A business cell should be established to make companies aware of problems faced by a common retailer, commented on the hopeful Muhammad Irfan. 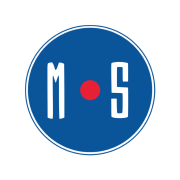